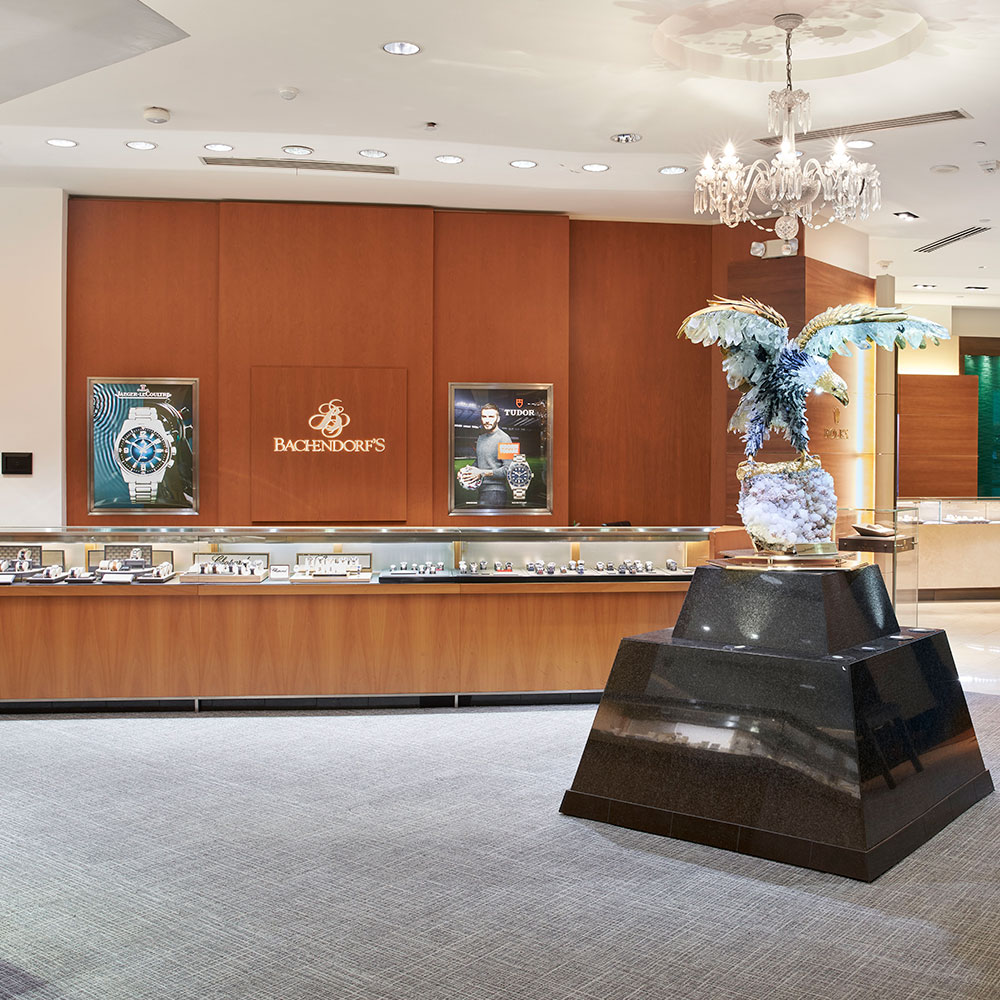 Over 60 years of family tradition

For the past four generations and over 100 years, the Bock family tradition has been creating fine jewelry. Abram Bock learned the trade as an apprentice in 1900 in St. Petersburg, Russia, where he married the daughter of his jewelry instructor. Abram moved to Memel, Germany in 1928 where he had a flourishing jewelry business.

Abram, his son Harry and his daughter, Ali, came to Dallas in 1947 where Abram’s four brothers had settled before the war. Abram opened A. Bock Manufacturing Jeweler (now known as Bock Jewelry Co., Inc.) in a downtown Dallas storefront in 1948 and started his business repairing jewelry. As the business grew, Abram began selling diamonds, using his connections in Belgium from before the war. During this time, Abram’s son Harry was busy learning to speak English, and six years after his arrival in America he graduated from Washington University in St. Louis, Missouri with a major in retailing.

After college, Harry returned to Dallas and worked for other retail jewelry stores until he joined his father’s business in 1955. Harry learned the jewelry business under his father’s watchful eye and found that he had a special gift for the purchasing and marketing of diamonds. He made his first buying trip to Belgium in 1962 and helped his father grow his business.

Harry took over his father’s business when Abram passed away in 1968. Harry opened the first Bachendorf’s store in 1977 and ran the family business until he passed away in 2010. Harry’s son, Lawrence, carries on the family businesses upholding the Bock family values of loyalty, honesty and quality as their foundation. It is these family values that will continue the Bachendorf’s jewelry tradition for generations to come.

Bachendorf’s continues to celebrate family and milestones with the finest hand-selected diamonds, designer jewelry and timepieces. Since opening their first retail store in 1977, the Bachendorf’s family is proud to serve its community with unique custom and designer jewelry to ensure a memorable experience every time you walk through their doors. Their sales professionals, watchmakers, and gemologists are among the best in their fields. SHOPS AT CLEARFORK FORT WORTH

HOURS OF OPERATION
MONDAY-SATURDAY
10:30AM - 6PM

HOURS OF OPERATION
MONDAY–SATURDAY
11AM – 6PM

On our website, we use services (including from third-party providers) that help us to improve our online presence. The following categories of cookies are used by us and can be managed in the cookie settings. We need your consent before being able to use these services. Alternatively, you may click to refuse to consent, or access more detailed information and change your preferences before consenting. Your preferences will apply to this website only. You can change your preferences at any time by clearing your browser history/cache or visiting our privacy policy page.

By authorizing third-party services, you allow the placement and the reading of cookies and the use of tracking technologies required to keep our website reliable and secure.

Essential
These cookies are required to run available services and to provide basic shopping functions. These cookies are exempt from consent according to the exceptions provided by the Article 82 of Data Protection Act.
Personalization
These cookies provide a custom experience on our website.
Analytics and statistics
These cookies allow us to measure visitors' traffic. They help allow us to understand which products and actions are more popular than others.

Review and set your consent preferences for each partner below. Expand each partner list item for more information to help make your choice. Some personal data is processed without your consent, but you have the right to object.

You can find out more about which cookies we are using or switch them off in settings.